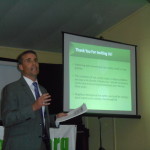 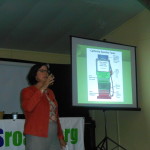 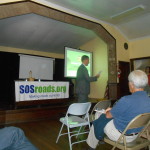 Education Needs to be Retooled as Well

After reading Andy Brennan and Simone Harris’ Close to Home article (A teacher’s perspective on improved learning PD 4/4/13) and Bill Gates article (Here’s a fairer way to evaluate teachers PD 4/5/13) on teacher evaluation neither article addressed the new curriculums that are now being developed by K-12 textbook and eBook publishers and the evolution of K-12 teaching methods.

Under Obama’s Race to the Top states are required to meet three main educational criteria: adoption of rigorous academic achievement standards; a program to focus on turning around low performing schools; and the most contentious provision, an accountability system that would involve using test scores to evaluate teachers and principals.

In 2010, California became one of 45 states to adopt the new Common Core State Standards (CCSS) Initiative to meet these criteria and the transition is now under way. Assessments aligned with the standards are also being developed and are expected to be in place for the 2014-15 school year, replacing the STAR tests. The new standards and skill requirements have been developed with the goal of creating consistency across the country. 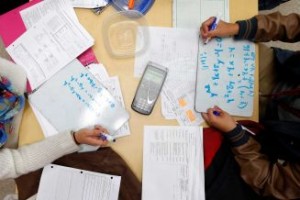 The California Legislature in March 2011 suspended the adoption of instructional materials until the 2014–15 school year. This was due partially to budget cuts but also to allow time for publishers to adapt instruction materials to the Common Core State Standards (CCSS).

Just like a good race car mechanic a teacher needs sound methodology and precision tools to be successful. Anyone who studies K-12 education knows that the industry has long needed a makeover. Everything evolves and we are now watching an evolution in teaching structure. Many school districts are experimenting with, if not outright adopting, the progressive teaching/learning model called “Flipping the Classroom.”

In flip teaching, the student first studies the topic by himself, typically using video lessons created by the instructor or those provided by an Open Education Recourse (OER), such as the Khan Academy. In the classroom, the pupil then tries to apply the knowledge by solving problems and doing practical applications. The role of the classroom teacher is then to tutor the student when they become stuck, rather than to impart the initial lesson. This allows time inside the class to be used for additional activities, including use of “differentiated instruction” which is more student specific and “project-based learning” which is the practical application.

In another progressive teaching/learning model North Carolina State University College of Education has developed program which they call the FIZZ concept. With this program students video themselves reciting a lesson. The object is to allow students to revisit the video to evaluate and analyze not only what they have learned but also what their peers have learned. The objective is to give the student “ownership” of the lesson which they call the highest level of learning.

Along with the evolution of teaching methodology the next generation of K-12 instruction materials needs to be written to align to these and other progressive teaching models. The publishers now have an opportunity to incorporate modern learning technology with the four predominate student learning styles which are: Linguistic (“word smart” they learn by writing and reading); Logical-mathematical (“number/reasoning smart) Spatial (“picture smart” they learn from images); Bodily-Kinesthetic (“body smart” they need to be moving to learn). I think “Bodily-Kinesthetic learners are many times misdiagnosed with having ADD.

If you want to increase test scores give teachers curriculum that develops the coveted goals of critical thinking, collaboration and communication in all students. You can’t win the race without the right tools.

Michael Haran is research director for the Institute of Progressive Education and Learning.

I THINK WE HAVE A GOOD ONE

I ran into Mike McGuire the other day at the First Annual Healdsburg Water Carnival. He asked how I was doing and we chatted about county politics for a few minutes until another constituent came up and wanted to thank him for something. Knowing that his time is limited at these public affairs I excused myself and walked on.

I first met Mike and his wife Erika a few years ago at the Kiwanis pancake breakfast at the Villa when they sat down across from my wife and me. I recognized him from the city council articles in the Tribune. He introduced himself and Erika and then wanted to know about us. I felt his interest sincere.

Sometime in early 2010 I ran into him at Amoruso Printing. I had been working on a project to sell wine in China and when I told him a little about it he wanted to know all about it. So we scheduled a coffee and met at the Goat. Having taken a couple of poly-sci courses at Sonoma State in the early 70’s I was eager to give him my two cents on how he could win his upcoming election.

I had one issue to talk to him about which I call “pothole politics.” He listened intently as I explained the theory of the lowest common denominator. If he knew about it he didn’t let on and let me finish talking. Judging from his margin of victory I think he knew very well about this theory.

In the fall of 2010, I attended Mike’s debate with Debra Fudge at the Raven Theater. As Mike announced the endorsement of several business and civic groups Debra criticized him for seeking those endorsements. Mike responded that Debra had also pursued those endorsements. She continued by asking him how he intended to handle any conflict of interest in dealing with such diverse groups. He paused for a moment, turned toward Debra and, almost under his breath said to her, “Don’t worry, it’ll be alright.”

This amazed me. It was as if Mike thought that Debra was sincerely worried about this and his initial reaction was to reassure a worried constituent. I think this goes back to his days on the Healdsburg School Board where he developed his people skills. As Pat Wyman said in an article on Mike soon after he was elected, “If you know McGuire at all, you know how much he loves one-on-one meetings and how accessible he is.” It should be mandatory for every politician to spend some time on a local school board.

His election to the Board of Supervisors comes at a time of extreme austerity. He has to deal with SMART extensions, education, the increased demand for senior care, jobs, pension reform, education, clean air, housing and the homeless and all on a shrinking revenue base. He is new to this and his challenges are many but Mike McGuire is a unique individual and with his work ethic I really do believe that “it will be alright.” And it’s nice to know that I’m not the only one that feels this way.