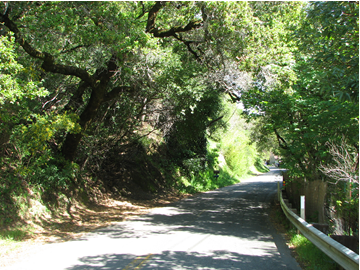 As members of the Fitch Mountain Association we recently received two emails from the association’s current secretary Ellen Silge regarding the recent tree and brush removal along North and South Fitch Mountain Road. She refers to the work as a “Roadside Slaughter.” She continues that Laura Tietz of Fire Free Fitch “is close to learning the identity of the PG&E person is responsible” and “turning the inmate crew loose on Fitch Mt. Road.” Silge also said that “She (Tietz) has a meeting tomorrow (2/23) in Mike McGuire’s office with county officials who are interested in making the roads on the mountain safer and she’ll bring up this problem, and well as following through with PG&E executives and Cal-Fire. Silge finishes with a request from any property owner who feels that they suffered property damage caused by “the slaughter in progress or aftermath images.”

In Silge’s second email entitled “Investigation of Roadside Slaughter Continues,” she wanted to inform us that she had “some late-breaking clarification of the entities responsible for the carnage alongside Fitch Mountain Road.” She said that Tietz had learned that “the chopping and clearing along the road was undertaken by the Sonoma County Road Department, under the direction of Rod Houweling, the department’s operation coordinator.  Silge said that he told Tietz that “the project, intended to increase road safety, had been “years in the planning” but was recently stepped up in urgency.” She continued that “To give (dis)credit where it is due, PG&E’s involvement was at the tree-top level only. The un-serendipitous timing of their removal of tree branches and entire trees perceived to be a threat to power lines was probably just coincidental with the general roadside clearance. The company they contracted with for the tree work does indeed seem to have come from far away.”

First of all I want to give Laura Tietz a big shout out. Not for this incident but for her work in getting all of us Fitch Mountain property owners to clear away all of the Scotch Broom and the small bay tree which are the primary fire vectors on the mountain. However I am a little puzzled over these two women’s stance on the road clearing.

Apparently, they weren’t listening when a couple of years ago, at one of our annual FTA meetings at the Villa, when then Healdsburg fire chief, Randy Collins, said “this mountain is going to burn. It’s not “if” it’s “when.” We live on Riverview Drive off Hilltop and a neighbor, who works for the Healdsburg Public Works department said the mountain has “long ago stopped being a forest and is now a jungle.” The last major fire on the mountain was in the 1960s as evidence by the remaining foundation across our lane. The vegetation on that lot is so dense that our “river view” has also been long gone.

This work is partially in preparation for that inevitable fire event. Evacuation is going to be problematically while the fire crews rush to fight the blaze. Bulldozers will have to be used to clear our narrow lanes of cars. It will be mayhem to put it mildly. 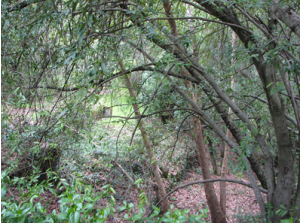 This “tree and brush work” is a good start but it hasn’t gone far enough. There are still several trees which need to be looked at to see if they possess a danger of fall during a storm. There is an oak tree where South and North Fitch meet that’s leaning over a homeowners fence and pushing down on the telephone lines. When I asked both the county and Mountain Tree Service about cutting some limbs off this tree to relieve the stress they said that since it was in property owners backyard there was nothing they could do without going through the homeowner first.  After the tragic death of little Nicholas Kirby in 2009 by a falling tree on Bennett Valley Road you would think every property owner would alleviate an obvious “falling tree danger” from their property. The property owner’s liability is well documented – and so is the county’s.

It costs hundreds if not thousands of dollars to remove trees. All of the property owner along the mountain who had tree and brush removal from their properties should be thanking PG&E and the county for their work. It has opened up our “jungle” to more sunlight. Brought back some of the river vistas which add value to our properties and which are enjoyed by the many tourist who are advised to “circle the mountain.” And it might have just saved someone’s life – like your own.