The election is over, the signs are being picked up and James Gore is on the job. I met with James on Veteran’s Day at the Center Street Café. Knowing Mike McGuire pretty well and now getting to know James I was curious to find out how the heir apparent to Sonoma’s north county supervisorial district will match up to McGuire’s stellar tenure. Although they are both quality people in their own right I couldn’t help but compare them. A few of their similar traits include – they are both extremely intelligent and excellent multi-taskers; they are both tireless campaigners; they both have charismatic personalities; they both will take the time to talk to anyone; they both suffer fools graciously; they both put their constituents above special interest groups; and they both absolutely love the flora, fauna and people of northern Sonoma County. 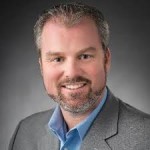 So what’s on James’ mind? Well for one thing he’s not waiting for January to get to work. He recently had a meeting with Mike McGuire to discuss how they can make the transfer as seamless as possible and to continue the economic gains the current Board has made. James supports many, if not all, of McGuire’s priorities such as the big three “E”s: the environment; employment; and education. Gore also supports the Sonoma County clean power initiative, community outreach programs, and solutions to the critical issue of affordable housing.

One of the things that strikes me about Gore is how pragmatic he is. It is this pragmatism that his election opponent mistook for being non-committal. As he explained to me the County has many fiscal priorities with a limited amount of revenue to fund them. For example, although he totally believes in it he wouldn’t commit to a $15.00 “living wage,” until the board figures out how that will impact the county’s $12 million social services budget which includes elderly care workers. The same can be said for road improvements. Gore is in favor of using general fund money but the amount has to be within budget constraints. If a majority of taxpayers are okay with it a road tax measure may be put on the spring ballot.

As important as road maintenance is to business and residential quality of life a more important issue is our water situation or more precisely our growing lack of it. This is where I think Gore’s time spent at the federal government level can initially benefit us. Working with Mike Thompson and Jarred Huffman, Gore knows how a federal bureaucracy like the Army Corps of Engineers operates. Changing the antiquated methods of releasing water from Lake Mendocino and getting Coyote Dam raised are high priorities. He sees the key to change in water release policy is with NOAA’s new satellite smart weather monitoring system. 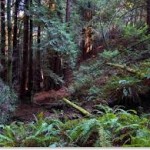 James said that his primary concern regarding water supply is with the towns of Cloverdale, Geyserville and Healdsburg. He doesn’t like the rumblings coming from some Eel River conservation groups about cutting off the diversion to Lake Mendocino which is its prime water source. Although flow has been stopped for repairs to PG&E’s hydroelectric facility, the giant utility isn’t likely agree to cut such a valuable source of electricity. But at the same time the issue bears watching. Gore supports studies on creating opportunities to inject water into local aquifers during the high water events that happen even in drought years; and user and student education and conservation programs.

Regarding county pensions Gore felt that the Board has done a good job of, as he called it, taking care of the “low hanging fruit.” Spiking has been eliminated but issues of equity still remain. Gore wants to protect the county retirees that receive modest benefits while continuing to rein in the abuses of six-figure incomes. The problem for the lower income retirees is that in exchange for allowing an increase in their pensions they agreed to freeze their healthcare compensation which, as it turned out, didn’t work to well as healthcare costs have soared well above any COLA adjustments.

Because of his ability to speak fluent Spanish, which he learned in his Peace Corp days in Bolivia, I think Gore will have a positive impact on not only County agriculture employment but also education where almost fifty present of K-12 students are bilingual.

And what about all those orange and blue campaign signs? Well, they’re being recycled to keep as many as possible out of the landfill. In fact, Willie Lamberson, Gore’s sign guy, is developing a program that could be used nationally to reuse campaign signage. Some will become theater signs; some will become planter boxes; and some will become beehives. If you have any other suggestions contact James and let him know. This is so cool and environment friendly.

The last thing James wanted me to mention is that in the post-election Tribune article it quoted him as saying “I deserve this position” which sounds terrible. What he actually said was “I WANT to deserve this position.” As I wrote after Mike McGuire was elected I think the same holds true for James Gore, “I think we have a good one.”