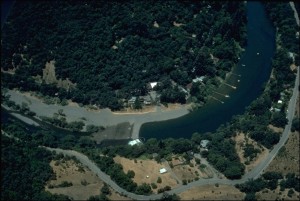 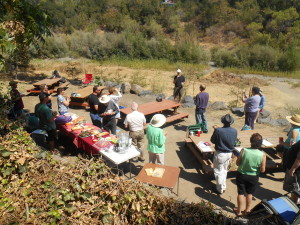 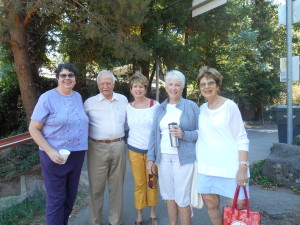 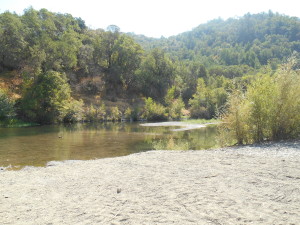 Bob Rawlins is fixture at the Healdsburg Museum. He is one of many invaluable people that devote their time making the museum what it is – one of the best run museums in the California. Bob has been helping out at the museum since 1995.  As a member of the board of directors he is the assistant treasurer, he collects the mail and he is on several committees.   Members of the museum know that Bob is a retired U.S. naval officer but that’s about it. He really doesn’t like to talk about himself so I will.

A couple of months ago I was over at` Jon Lacaillade’s work shop (Jon is the museum’s resident Nantucket master carpenter). He was working on what looked like a piece of furniture. He explained that he was working on a project for Bob Rawlins and then showed me a beautiful navy bell with the inscription USS Triton on it. Remembering my history I knew that the Triton was the United States first nuclear submarine and the first submarine to circumnavigate the globe under water. Jon suggested I write an article about the bell.

I contacted Bob and he told me the history. After graduating from the naval academy at Annapolis, Bob served on two amphibious ships and two destroyers. From 1952 to 1959 he cut his submarine chops on three diesel powered submarines. After nuclear power training Bob skippered two nuclear powered ships and in 1964 became the CO of the Triton.

Bob retired from the navy as a Captain and moved to Healdsburg (smart man). He keeps in touch with his shipmates and they meet annually. When the Triton was decommissioned in 1970 all reusable materials were removed from the ship – the Triton’s bell included.  It was sent to be cut up for scrap but a sailor saved it and sent it to his home in California and later to Nevada.

Through Bob’s shipmate they located the bell and the sailor donated the bell back to the cause. That cause is, after a ship’s reunion in San Francisco in the Spring of 2012, the bell will be sent to the Navy’s Great Lakes Training Station in Chicago. The bell will stand in front of one of the recruit barracks where it will be used in training ceremonies.

We are lucky to have Bob as a member of the Healdsburg Museum. As Holly says, “I don’t know what we would do without him.”