In this year’s State of the Union speech it sounded like women’s issues are going to be a big part of the Democratic 2014 campaign strategy. In 2013 we saw an unprecedented number of women in the U.S. Senate and a lot has been written about the assentation of women. Sheryl Sandberg’s book, “Lean In: Women, Work, and the Will to Lead” has described the evolution of the modern American women and the roll they must play to get ahead in the corporate boardroom.

During WWII women had good jobs. They were contributing to the war effort and had a high self-worth. After the war many of their jobs were eliminated and the jobs created by the post-war economic boom were filled by the men returning from the war. Millions of women had no choice but to become stay-at-home mothers or house wives. Now that in its self is not bad. Given the option many women would choose that life style in a heartbeat but that’s the point – it’s about options. 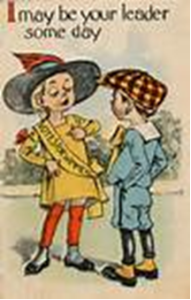 When I was growing up I felt a frustration in the women that were raising me. My mother was fear based and there was little joy in the Catholic nuns that taught me. At a young age I thought that that was just the way things were and then along came the Cultural Revolution of the 1960s and with it the sexual revolution of the American women. Women wanted to be able to have sex like a man but soon realized that that wasn’t in their best interest and human nature soon reasserted itself. But what did come from it was the beginning of the liberation of the American women which is still going on.

What many people don’t recognize is that the equality of women is just as important to men as it is to women. Women are born multitaskers. They had to be because of the uncertainties of raising a child not knowing whether the father was going to be around. The four Cs that we are trying to instill in our K-12 student for the most part come natural to women. Women have for years used collaboration, critical thinking, cooperation and creativity to survive in a male dominated world.  A single mother who has to work while raising a child needs a very exact skill set to not only to function but also to put the child’s development first. Evolution has given women a natural tenancy to run things driven by this subconscious, or conscious, desire for survival. Any man who has cohabitated with a woman knows who runs the household.

Not long ago I was talking with a young Saudi man who was raised in London. We were talking about the station of women in Saudi Arabia particularly about the right to drive a car. I will never forget his remark about why women should be treated as equals in any society. “Women get it in a way men don’t” he said. That just about sums it up.

When a young couple gets married and has a child it’s the mother who is first up to bat. Nature has equipped the mother both physically and emotionally to be the infant’s primary care giver. As the child grows the mother and father both share care for the toddler and around five years old either parent can participate in the child’s activities.

Now let’s say that the mother is career oriented and the father would rather earn a living working from home in say woodwork or writing but he can’t quit his job because the wife can’t earn as much as he can. If women were completely equal in the work place this would not be a problem. Society would benefit, the economy would benefit and the family would benefit.

The bottom line is equality would allow women to not only do what they do best but also get paid for it. Equality is good for everyone.