I just read Matthew Wilson’s Close to Home article on why he quit cycling. This man’s riding experiences sound like he has (or had) an overabundance of bad bike karma. One of his comments struck me as why it’s a good think he quit riding. No one should stick their hand out in traffic let alone make a left turn without knowing where the traffic is around you. If you are not 100% sure of what’s behind you STOP, get off the road and turn your bike parallel to the road. Look both ways and then proceed. Common sense goes a long way in safe cycling. My riding partner has long advocated that it should be a law that every cyclist should have to wear a helmet with a small rearview mirror attached to it. We would never ride without these two indispensable safety features. Seeing one hundred yards behind you only requires quick glance without having to turn your head. Here’s to safe and happy cycling. 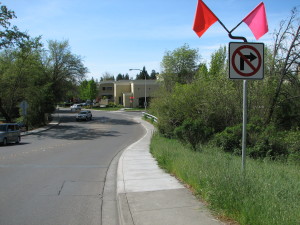 I couldn’t believe my eyes when I read in “Foss Creek Circle one-way remains” that “Silver Oak Cellars General Manager Tony LaBlanc said he was willing to do what he could to help find a solution to the problem, but reminded the council it wasn’t the o

pinion of his business that Foss Creek Circle be made one way.” I thought this whole mess was over the ingress and egress of the Silver Oaks trucks. But I guess it wasn’t  One councilman told me that there had been some near collisions with people exiting their driveway around the circle. Well if that’s the rationale for this boondoggle I think we should make every street in Healdsburg one way and we should start with the streets around the plaza. We could conduct a totally unrepresentative straw poll to justify this unnecessary waste of city money. Everyone who has a driveway coming on to a city street will be entitled to have their street made into a one way street at city expense. Why anger just a small segment of the town when you can anger everyone? Although I do think those little flags on top of the no left and right turn signs do look kind of festive. 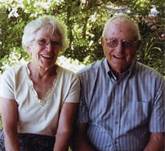