The following link shows the counties that Trump won in an inter-active format. http://time.com/4587866/donald-trump-election-map/?xid=emailshare The site states, “At present count, Trump snagged 220 counties that voted for President Obama in 2012, while Clinton poached 17 that went for Mitt Romney.” Most of these counties are in the rust-belt swing states. California has 14 Republican Congressional House seats. If seven can be flipped to Democrats that would represent nearly a third of the 24 seats Democrats need to take control of the House. Nationwide, the Democratic Congressional Campaign Committee has identified 59 Republican-held districts they believe can be won by a Democrat.

As important as taking back the U.S. Congress is it is just as important for the Democrats to fare well in the 36 gubernatorial contests and thousands of state legislative races next year, where Republicans currently hold a 3,034 to 2,317 advantage. The past 10 years have eroded the Democratic base, as fewer ideas are percolating up from the states. Republican gerrymandering has cost at least a dozen House seats and hundreds in state legislatures. State governments also often serve as training grounds to develop candidates for higher office and provide national awareness.

In 1979 the Republicans were in the same boat the Democrats find themselves today. The Democrats controlled all three branches of government and the gloom of the post-Watergate era hung over them like a rural graveyard fog.  Then along came Ronald Reagan with his upbeat message. He projected a can-do optimism that was welcomed after a series of economic, military and political shocks, tailoring his conservative message to appeal to the gas station attendant, as well as the wealthy country club set. In 1980, Republicans won a majority in the Senate for the first time in more than 25 years and made major gains in statehouses as well.

Most political party comebacks are marked not by some innovative policy agenda, but by connective messages and powerful personalities like Bill Clinton, Barack Obama and Trump. It’s not about ideology or 17-point policy prescriptions. “In 2016, the problem was not about an agenda; we had that,” said Paul Begala, a leading Democratic strategist and close associate of Bill and Hillary Clinton. “The problem was message.”

Last month, Democratic congressional leaders put out a “Better Deal” agenda, a familiar litany of proposals like a higher minimum wage, lower drug prices, more job training and less corporate welfare. As stated by Albert R. Hunt in his article “Democrats need a fresh message to win in 2018,” for the Bloomberg View, “Although it does have its uses, bold or innovative it’s not. It’s a good organizing tool for candidates to be more than just anti-Trump,” said Stephanie Cutter, a former deputy campaign manager for Obama and a strategist in the successful 2006 Democratic campaign to win back a majority in the House. A much better slogan would be “LET’S DO IT!” This slogan works on many levels plus it sounds fun and exciting.

What I think would be a great idea, would be to put a number of cargo vans (like the Ford 250 Transit which you can stand up in) on the road in every Republican-held congressional district that has a chance of flipping to the Democrats in 2018. These vans, which will have LET’S DO IT! painted on the sides, should carry a team with the Democratic candidate into these counties and towns and hold a town-hall style BBQ and talk to people about how they feel about jobs, healthcare and education.

This program would target the areas where disenfranchised voters switched to Republican to tell them the truth about Trump (although most know it by now) and, by the time this project is rolled out (in time for the mid-term 2018 elections), Trump the fraud and con artist should have been well-cemented in people’s minds. The message would focus on retraining people to work in the service sector or tech sector since many of the jobs lost are not coming back because they were either replaced by more efficient green energy alternatives or were automated. The United States has the most advanced service economy in the world and there is no reason why people should not take advantage of it. From the commentary patterns that emerge, scripts would be written with enough flexibility to adjust to a particular community’s sentiments. This data could help determine the message on the local, regional, and even national levels.

The message should also be authentic and crafted in a way that avoids issues like abortion, uniformity on transgender soldiers, higher corporate tax rates, lower defense spending and impeaching Trump – all political poison policy proposals that won’t play well in closely-fought battlegrounds that Democrats need to win. The mistakes that Clinton made in saying to the coal country that, “your jobs are not coming back” or to the wealthy Democratic donors, “your taxes will be going up” have to be avoided. These issues may be true but you don’t state the obvious. The same has to be done when referencing Trump. Never state the obvious. Motivating and getting people to engage is a three-step process:

If successful, an authentic message will be sufficiently motivational to get people to engage to help reverse the true ugliness that has been unleashed by this administration.

This program can work on the state and local level too. Although the message would have to include local and regional issues (as Tip O’Neill said, “All politics is local.”), there will be plenty of Democratic contenders to help field-test the party’s message. The experiment will be successful if it yields messengers who best counter the failings of Trump. Starting at the lowest level of elected officials, like local school boards, candidates must know about governing without appearing to be elitist, who can be dignified as well as approachable, are persuasive in articulating Democratic themes like the dangers of income inequality and wage stagnation, and just might be able to create some local enthusiasm.

Over the past ten years I’ve watched California State Senator Mike McGuire (D-Healdsburg) come of age. At 19 years old, he was the youngest person ever elected to the town school board.  He studies the issues and listens to constituents. He suffers fools graciously and will listen to anyone until one of his aides drags him away. I think Mike has learned many of his campaign sensibilities from successful senior elected officials. If structured correctly, I think this program might have the potential to help hone the skills of the next generation of Democratic leaders.

If there is one lesson learned from the Trump phenomena, it is that people want to be heard; they do not want to be neglected; they do not want to be patronized. If you want their vote, people have to truly feel that they are cared about – even loved. If necessary, this literally has to be accomplished one person at a time. The best elected officials know this instinctively. At a recent Democratic dinner meeting Congressman Jared Huffman (D – San Rafael) was excited at the potential up and coming crop of new Democratic candidates.

I think this is a solid way of getting boots-on-the-ground in contested national, state and local districts to reintroduce the Democratic Party as the working man’s party, an image that got away from us in the 2016 election. So, fire up those burgers and LET’S DO IT! 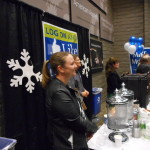 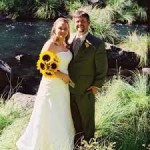 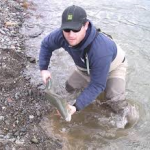