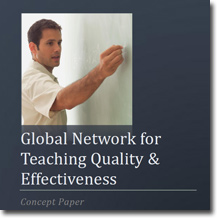 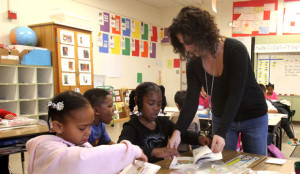 RISE OF THE INDEPENDENTS

Now that the Republicans have shot themselves in the foot for primarily moving too fare to the right it looks now like it’s up to the Independents, moderate Republicans (if any still exist), watchdog groups and newspapers to check the balance of power that has been given to Democrat legislators and their overlords, the public unions, in a supermajority. Supermajority sounds like code for “power corrupts – absolute power corrupts absolutely.”

According to a recent Santa Rosa Press Democrat article Independents are the fastest growing voter block in California at about 22% compared to 30% Republican and 43% Democrat. Most Independent are, according to political consultant Mark Mellman, “closet partisan” center left or right. I believe most Independents are fiscal conservatives and social liberals. They can’t stand the continued waste and mismanagement in all levels of government but are terrified of the draconian way the current Republican Party governs.

I’m sure there exists some form of Independent political organizations but I would say that most Independents wouldn’t join such groups because it kind of defeats the purpose of being independent. One thing I’ve notice about the independents that I know is that they are very politically knowledgeable and are, if fact, kind of political “wonks” that love to find and expose elected official malfeasance and hypocrisy.

Wouldn’t it be wonderful if we could just say, “we elected you, we trust you, and we have to work so we don’t have time to watch you but we know you won’t screw us.” Sadly, that’s not the case. The Republicans mistook morality for ideology and got kicked out of office but the Democrats have a shaky moral history of their own. The morality I’m talking about here is not about the bedroom it’s the morality that exist when one person puts their trust in another and the trusting person not only gets betrayed but also laughed at.

Where was the morality when back in 2002 when the Sonoma County Board of Supervisors enacted measures that have now increased pension costs by over 400 percent that initiated a Grand Jury to concluded that these pension increases were approved in a manner that did not comply with the law in an obvious attempt to dupe voters? In a September 2012 PD article on the subject Brett Wilkinson wrote “Zane and other county leaders, nevertheless, were unified in defending the legality of the enhanced pensions. Trying to roll them back would be a costly lost cause.” Many public sector jobs now pay more than similar private sector jobs and they are guaranteed. Where’s the morality in that?

The public employee retirement systems in Contra Costa, Alameda and Merced counties plan to reduce pension spiking starting Jan. 1 to comply with a new law Gov. Jerry Brown signed in September. Workers have vowed to sue (PD – 11/7/12 “Lawsuit certain over right to spike”). Since when did voters say it was okay for a public employee to roll their unused sick, vacation and car allowance pay into a life-time annuity which boost retirement pay up as much as 24%. Where’s the morality in that?

And how about our new Congressman Jared Huffman as reported by Chris Coursey (PD – 10/29/12 “Vote Yes, No, Maybe or Later’) “Or, you may have been surprised to find out that Assemblyman Jared Huffman missed 144 votes this year in the Assembly, only to add his vote to the record after each of those issues was decided. Where’s the morality in that and for that matter leadership?

I could go on but I have to get back to work. Independents we need you to stay vigilant.