A few weeks ago I attended the Piner Highs School open house for their new high tech science building. The $3.6 million dollar structure (the full size planetarium is awesome), officially known as the Science Position Astronomy Research Quest Center, or SPARQ, was built to house the schools STEM (science, technology, engineering and Math) classes. To see the new facility go to: http://sparqatphs.com/index.html 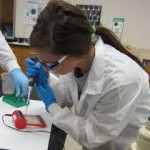 I came upon a group of fifteen-year old students at the Health Science and Biotechnology table who were eager to show me how to test a food sample to see if it had been genetically modified. They showed me the micropipette in which the mashed food sample is placed along with a gel solution to separate the DNA from the rest of the cellular components. Simply stated, the DNA then needs to be copied many times because more DNA than is found in the food is needed for testing. This is done through a procedure known as Polymerase Chain Reaction or PCR in which the food DNA is unwound. The last step is to visualize the DNA and see if the DNA has been modified. This is usually done by gel electrophoresis.  These students are a lot smarter than I was at fifteen – than I am now for that matter.

To really get into how to test for GMOs go to: http://www.hudsonalpha.org

At lot about GMOs (Genetically Modified Organisms) has been in the news lately and you know the subject is gaining main stream consciousness when a high school STEM course is teaching how to test for the presence of GMOs in their food. 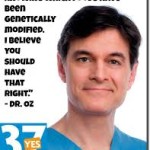 A California initiative, Prop 37, which would have required GMO labeling of all food by retailers and food companies, was defeated last November and California State Senator Noreen Evans is trying to get the job done through the California legislature by introducing a bill requiring all consumer food must contain GMO labeling. In Vermont they just passed legislation (5/8/2014) making the state the first to require food producers to label products made with generic engineering. The law won’t go into effect for two years and producer lawsuits are expected. Vermont Gov. signs GMO Labeling into Law http://radioboston.wbur.org/2014/05/08/vermont-gmo-labeling.

All GMOs are not bad. The GMO process in nature is known as evolution although nature’s process takes considerably longer (thousands and even millions of years) than 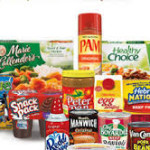 the man-made kind. Technically GMOs are experimental plants or animals that have been genetically engineered in a laboratory with DNA from other plants, animals, bacteria or virus.

There are two main reasons for GMOs. First, seed producers modify their seeds to make them resistant to their brands of herbicides; and second, seed producers modify plants to contain built-in pesticides. Today, GMO ingredients are found in 80% of the packaged foods in the U.S. GMO crops are also added to processed foods as oils and sweeteners.

To make a GMO, three main components are required: the gene you want to transfer, the organism you want to put it into (target species), and a vector to carry the gene into 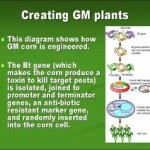 the target species cells. The steps are relatively straightforward, but can be technically challenging. The gene to be transferred (trans-gene) must be cut out and isolated from the original organism. This is usually done by restriction enzymes, which are like molecular scissors that recognize specific sequences in the DNA and cut it at those places.

To really get into how to make a GMO go to: http://www.hudsonalpha.org

For some, the idea of GMO food is a good because the modifications allow crops to become resistant to drought and infestations, letting more people have more regular meals. Some research even shows that the world produces 17% more food than it needs to produce to provide each current human with three meals per day. 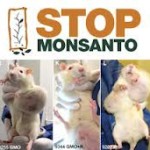 Others look at genetically modified foods as dangerous. From allergic reactions to potential intestinal damage, many people wish to avoid GMO foods because of animal studies that have shown changes in internal cell structure, abnormal tumor growth, and unexpected deaths that have occurred.

Another reason people distrust GMO foods is that they are so new to our food chain. People feel that they are the “lab rat” generation for the big Ag companies to see what happens to humans after a generation of eating GMO foods.

If you want to know more about this go to: http://organicconnectmag.com

When it comes to the mass the mass production of GMO foods the benefits need to outweigh the risks. In some areas, having access to GMO foods may make sense because resources are thin and people are dying from hunger. However, in other areas the risks may outweigh the rewards. So what exactly are the pros and cons of genetically modified foods? 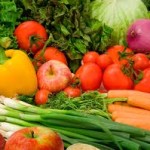 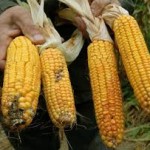 Plants and animals that have been genetically modified can become more resistant to the unexpected problems of disease. Think of it as a vaccine for that plant or animal, except that the vaccine is encoded into the genetics instead of a shot given to the immune system.

GMO foods can have vitamins and minerals added to them through genetic modifications to provide greater nutritive benefits to those who eat them. This is especially

common in developing countries that don’t always have the access to needed resources.

Here are the primary problems with GMO foods: 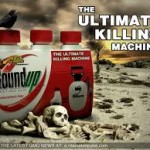 By growing plants or raising livestock in environmental conditions that normally wouldn’t support them, there is the potential of irrevocably damaging that environment. This is often seen through GMO crossbreeding – weeds, for example, that can be crossed with GMO plants can often become resistant to herbicides, creating the need for more GMO efforts.

2. There is no economic value

GMO foods take just as long to mature and take just as much effort to grow, meaning that there is no real economic value to growing GMO foods when compared to non-GMO foods. In addition, growers have seen little economic gain from the use of GMO crops.

3. A growth in allergic reactions in the general population 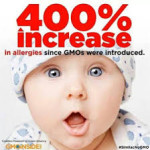 Time and time again, studies have shown that the consumption of GMO foods increases the risks of food-based allergies in people. If someone develops an allergy to soy because of GMO efforts, then if livestock eats that GMO soy as well, that person would have a high probability of an allergic reaction from eating the animal meat. Do the benefits outweigh the risks?

The following is brief timeline of the development of GMO: 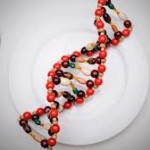 In 1953, James Watson and Francis Crick publish their discovery of the three-dimensional double helix structure of DNA. This discovery will eventually lead to the ability of scientists to identify and “splice” genes from one kind of organism into the DNA of another. 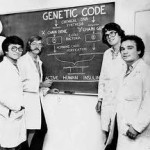 In 1973, the idea for man-made DNA, or Recombinant DNA (rDNA), comes from a grad student at Stanford University Medical School. Professor Herbert Boyer and a few of his biologist colleagues develop it.

In 1975, a group of biologists get together (the Asilomar Conference) with a few lawyers and doctors to create guidelines for the safe use of genetically engineered DNA. 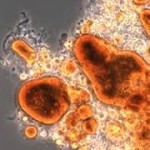 In 1980, the U.S. Supreme Court rules (5-4) that genetically altered life forms can be patented. The decision allowed the Exxon Oil Company to patent an oil-eating microorganism. 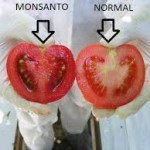 In 1987, the first field tests of genetically engineered crops (tobacco and tomato) were conducted in the United States.

In 1992, the FDA declared that genetically engineered foods are “not inherently dangerous” and do not require special regulation.

In 1994, FDA approves the “Flavr Savr” tomato for sale on grocery store shelves. The delayed-ripening tomato has a longer shelf life than conventional tomatoes. 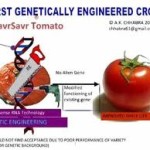 In 1997, the European Union rules in favor of mandatory labeling on all GMO food products, including animal feed. 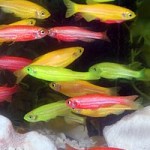 In 1999, Dr. Zhiyuan Gong, at the National University of Singapore, injected a green fluorescent jellyfish gene into a zebra fish embryo, allowing it to integrate into the fish’s genome.  The goal was to develop a fish that could detect pollution by selectively fluorescing in the presence of environmental toxins. The fish are now sold worldwide as Glofish.

In 2000,International Biosafety Protocol is approved by 130 countries at the Convention on Biological Diversity in Montréal, Canada. The protocol agrees upon labeling of genetically engineered crops, but still needs to be ratified by 50 nations before it goes into effect.

In 2003, a Bt-toxin-resistant caterpillar-cum-moth, Helicoverpa zea, is found feasting on GMO Bt cotton crops in the southern United States. In less than a decade, the bugs have adapted to the genetically engineered toxin produced by the modified plants.

In 2011, research in eastern Quebec finds Bt toxins in the blood of pregnant women and shows evidence that the toxin is passed to fetuses. 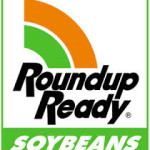 In 2012, French farmer Paul Francois sues Monsanto for chemical poisoning he claims was caused by its pesticide Lasso, part of the Roundup Ready line of products. Francois wins and sets a new precedent for future cases.

In 2014, Monsanto’s patent on the Roundup Ready line of genetically engineered seeds will end in two years. In 2009, Monsanto introduced Roundup 2 with a new patent set to make the first-generation seed obsolete.