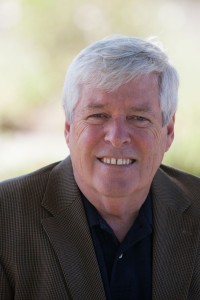 For the life of me I don’t know why everyone in Washington is surprised about the fact the banks aren’t making more loans. Like banks making loans will turn the economy around. Get this straight – banks don’t lead they follow. A core banker (not the mathematicians known as financial engineers that turned the financial sector into a big Ponzi scheme) makes money off other people’s money.

It was kind of funny watching all of these financial “experts” in Washington give the banks $165 billion dollars and wonder why they have used the money to buy other banks, shore up their balance sheets and not make loans. It was also funny watching Congress bash the bankers and wonder why they weren’t making more loans. But it wasn’t so funny listening to Timothy Geithner, the new Treasury Secretary, saying that he doesn’t have the slightest idea how to fix the problem.

To shore up the nation’s insolvent financial system numbers as high as $1 trillion are being thrown around. The banks want the money to attract private investors so they can make more loans. No investor is going to invest in an industry that is so stupid they pay out billions of dollars of taxpayer money in management bonuses, buy golden toilet paper fixtures and not expect a public backlash. No one’s going to invest, that is, without a government guarantee.

I got a better idea. Let’s focus on the best ways to put the money into the economy from the ground up (not the top down) to jump start the economy. Cash will be flowing again and the banks can get back in the ball game making money off the productivity of others. The thing to remember it doesn’t start with the banks.

As far as Mr. Geithner goes it’s hard for him to see the forest through the trees. As a Wall Street insider he argued against reining in the financial manager’s excessive pay (I guess someone has to support the upper-end real estate market). But that’s small potatoes considering what’s facing this nation. I know Obama wants transparency in his administration and I’d rather have a few gaffs like this as opposed to the clandestine nature of the last administration. However, I think sometimes a little political “speak” would do better than a remark like “I really don’t know how we are going to do this,” which freaked everyone out.

The problem is Mr. Gaither is still trying to find a way for the financial sector to be a leader in getting us to the bottom of this cycle. Well it isn’t going to happen. You could give the banks all the money the treasury could print and it’s still just going to sit in their vaults. They’ll continue to cry that they can’t value their losses (lets take a bundle of mortgages or credit card debt; apply an algorithm to inflate the value by $50 trillion; let investors buy in at different values; and gee, what went wrong?). They’ll want the taxpayer to give them more money so they can attract private investment so they can be in a position to not make more loans.

No, this is not going to work. What should happen is that the government should give the banks just enough money so they can stay solvent and tread water until the economy bottoms out. The feds could hold the remaining bank bailout money as a reserve for the stimulus package. Money should be available to the Small Business Administration because even in good times, banks won’t make a small business loan unless the government guarantees it. The proposed Consumer and Business Lending Initiative, which is intended to foster consumer and small business lending, would be a good thing. More tax incentives should also go to venture capitalists for it is they, not the banks, which fund innovation.

Other than job creation all the stimulus and bail-out funds should go toward housing. It’s obvious that congress really doesn’t get this since the last thing they eliminated from the stimulus bill was the $15,000 tax credit for buying a home.  This credit was supposed to be temporary and used to help bottom out the housing sector which should be the feds top priority.

The Legacy Asset Partnership Bank (LAPB), which would be a government agency designed to acquire bank’s toxic assets, could be another good thing. If the feds took all of the banks liabilities such as non-performing loans and REO (bank owned real estate which to a bank is a liability and not an asset) at cost, the government could hold them until the economy turns around and then sell into a healthy market at no loss or even a profit. It worked in Sweden and it could work here.

Let’s say the LAPB bought every one of the 8 million foreclosures that are expected this year. Loan modifications will forestall about 20% of these foreclosures but there will still be many people that will lose their homes. The treasury should take every foreclosure and hold the properties until the market justifies a sale for the amount of the defaulted loan.

A U.S. housing cycle usual encompasses about five years. The housing market normally goes along; the population grows; lack of supply causes prices to rise; builders build to meet this demand and overbuild; the market weakens; prices stabilize; and the housing market goes along. This cycle will be longer because of the artificial over supply of homes but it doesn’t matter since the government isn’t going anywhere.

This way, not only will we be quicker to bottom out the major cause of the devaluation that’s paralyzing our economy but we also might also make some money in the bargain. After all, I wouldn’t mind owning a one 300 millionth share of some 8 million homes. Of course the money would go to pay off our budget deficit but wouldn’t that be a nice gift to our children.

The LAPB could also take all of the so called derivatives, pull them apart and sell the parts that are performing and either hold the non-performing loans or write them off if the borrower has gone through bankruptcy. This way I think the government could attract the investors that the banks are courting with our tax dollars. Who wouldn’t want a bottom line partner like the U.S. Government? Once the banks are healthy again and the economy has turned around these investors could once again invest in the private financial sector.