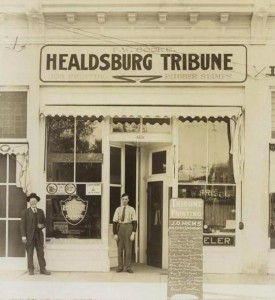 I was happy to see the president hold his own in the second debate although I think he was again unnecessarily polite and I would like to have seen a little more of a political Chicago street fighter in him.

First of all why did the president let Romney rattle off a bunch of four year stats? The recession ended in the summer of 2009. That should be Obama’s floor. All analysis of the economy should start from there including the unemployment rate and why didn’t Obama slam Romney on the deficit.

The reason the deficit is up four trillion dollars is because we are just coming out of a devastating recession that shrank tax revenues and an economy that needed deficit spending to stimulate the economy much of which was stymied by the obstructionist republican congress whose only goal was not to tend to the economy but to get Obama out of office.

Next, with only three week left in the race Obama has to appeal to voter “lowest common denominator.” For example, why wasn’t the fact that consumer debt is the lowest it’s been since the bottom of the recession, consumer confidence is up and inflation is nowhere to be seen brought up?

And why didn’t the President bring up the fact that it is traditionally housing that lead us out of recessions. The reason this recession has been so sever is that the Wall Street derivatives allowed the largest building boom the world has ever seen. Massive over supply cause a massive crash and because almost every financial institution in this country, and many around the world, that were involved crashed too.

Housing is now getting stronger. Builder confidence is up and traffic to new home subdivision is the highest it’s been since the crash. It will be housing that will drop unemployment and start a sustainable recovery. The President should talk up housing and point out its momentum because if Romney wins guess who will take credit for this momentum.

Romney likes to refer to “trickle-down-government” and wants to see a smaller federal government. I kind of like a strong central government that has the power to bailout huge banks and can stabilize a crashing economy.

The President has also got to bring up the fact that the four hundred richest families in this country saw their wealth go up by over four hundred percent in the past ten years while the middle class took it in the shorts by a cool two trillion… as in trillion – in the past four years. What’s happening is that wealth is migrating toward the rich from the middle class. The reason it’s going to take a long time to stabilize the middle-east is because very few middle-eastern countries have a stable middle class. They are either rich or poor which does nothing for economic growth and leads to descent.

Time is fleeting so these points have got to get out either in campaign ads, presidential speeches or in the next debate. Speaking of the next debate the President has to really focus on the lowest common denominators – it works at the local level and, because people are people, it will work nationally. And it just might determine the election.